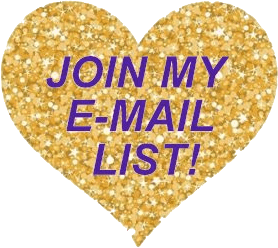 ACTUAL SPIRITUAL ENERGY OF THE MONTH

Every actual event of the month can be read in the light of Ascension on this site. Ascension is the inner transformation process and considerable development of humankind. Ascension is love, knowledge and actions based upon them that guide you to a conscious life of a higher level.

I’ve been working with Ascension since 2007. My purpose is to improve consciousness and to support self-awareness and Ascension.

Be open in your hearts and minds!
Love, Light and Wisdom,

November is the 11th month. 11 is a master number that means transformation and ascension. This November can bring great transformation. It’s initiation time that draws your attention inside and upwards. Focus on Ascension in November!

This time of Ascension tears you down then it rebuilds you on an upper level. Meanwhile you can have great recognitions and new aims. In the end you can see through the chaos that weighs you down, you can find new possibilities and can get to work and ascend with renewed spirit both collectively and individually.

I wish you conscious days for November!

Wishing You Ascension for November!

THE MOST MAGICAL NIGHT OF THE YEAR

Samhain is an ancient Celtic festival. The name Samhain means the beginning of winter that starts at dusk on 31st October. This is the most magical night of the year when the order of the world turns upside down from dusk. The passages between our world and the underworld become open and supernatural creatures and the dead can walk among us and we can also enter the underworld. Celts believe that in the evening of 31st October ghosts can return and as they can possess the body of the living and people – as they are afraid –  dress in different costumes because they want to mislead and confuse the spirits of the dead. Halloween is an authentic Irish festival originated from ancient Celtic traditions that are celebrated mainly in the English speaking countries. The festival got into the USA around 1840 when a lot of impoverished Irish farmers immigrated from Ireland and took their ancient Celtic conventions and religion with them.

The special Buddha’s days (Dharmachakra) are called ten million times days by the Tibetan tradition. At that time every creation, everything we do, feel and think has a ten million time stronger effect. That is true for both the positive and negative expressions, so it’s worth acting, feeling and thinking very consciously on that day.
Take a couple of minutes to yourself, use the wonderful help of the Universe and the angels.

USE THIS ENERGETIC OPPORTUNITY!

I recommend the following for this day:

During the day when you have time make a list. Honestly admit to yourself what are those characteristics that don’t serve your development and release them. Ask the angels/your Inner Master/your Higher Self to help you do this. Imagine and create things that make you happy instead!

To be able to create positive things use this short meditation:

Find a peaceful place where you can spend 10 minutes and light a candle if you can.

1. Sit straight, close your eyes and ask your Guardian Angel to stay with you and take care of you. Mind your breathing: exhale for long, then take a deep breath. Repeat it 7 times. Feel that your mind goes silent and you calm down.

2. In this risen calm state imagine what you want to create in your life and feel that it is already yours. (Keep the laws of the Universe! It can’t hurt others and you can’t take anything from others!)

4. Be GRATEFUL for everything.

5. Thank the Angels/Inner Master/ Higher Self for help and open your eyes.

DIWALI, THE HINDU FESTIVAL OF LIGHTS

Lights are lit in the evening and put in the window for Laksmi the goddess of wealth and prosperity to find her way to the house. Laksmi goes from home to home at the festival of the lghts and blesses every beautifully lighted house. Everybody wants to have Her, but She doesn’t stay long at a place.

Laksmi is also Gruhalaksmi on the occasion of Diwali, so She is present in Her form of a perfect housewife. So housewives get a kind of present that they can use in the kitchen or whenthey expect guests. This also helps to establish prosperity in the house. People bake and cook, so several sorts of sweets are on the table.

Lights are lit in the evening and put in the window for Laksmi the goddess of wealth and prosperity to find her way to the house. Laksmi goes from home to home at the festival of the lghts and blesses every beautifully lighted house. Everybody wants to have Her, but She doesn’t stay long at a place.

Laksmi is also Gruhalaksmi on the occasion of Diwali, so She is present in Her form of a perfect housewife. So housewives get a kind of present that they can use in the kitchen or whenthey expect guests. This also helps to establish prosperity in the house. People bake and cook, so several sorts of sweets are on the table.

Diwali is not just the festival of financial wealth, but also of spiritual light and ascension. This time Mahálaksmi (mahá=great), another form of the goddess, is also worshipped who helps to chase away the darkness of ignorance, and supports people on their ways to enlightenment and spiritual ascension. wikipedia

4 WEEKS UNTIL THE WINTER SOLSTICE

ADVENT IN RELIGION – REBIRTH IN ASCENSION

This article helps the Ascendant in practising consciously for the upcoming four weeks till the rebirth of the Light.

During this time the shining light of the Sun is diminishing and the powers of the night are growing. Rudolf Steiner describes this time as „the time of temptation by the evil”. According to him the human soul has to face four types of temptations at this time. Tempting forces that are rather called negative energies nowadays attack you not from outside, but from the inside, from the unconscious part of our being. Evil can only be defeated with proper self-awareness and by improving consciousness. For that I recommend the ROSES OF ASCENSION Spiritual Self-knowledge book with a pack of cards.

During the upcoming four weeks you need to improve and empower four basic characteristics consciously to be able to defeat the negative energies. These are called Platonic virtues and they are the following: justice, moderation, courage and wisdom. With these four virtues you can overcome the aformentioned temptations of the following weeks and arrive at the Winter Solstice that symbolizes rebirth.

During the first week, the first force aims to tempt specifically the physical body of a human. This temptation is about the victory of death, the illusion of the death of nature. It’s about the fact that our lives, our existence is temporary. However, this is only true from a three dimensional view. It can be experienced in the Higher dimensions that death is not the end, but a gate to another dimensions of our existance. If someone considers the illusion of death to be reality they lose their independence and become vulnerable, and this state pushes them deeper and deeper into the abyss of desperation, fear and spiritual death.

To be able to resist the first temptation, the virtue of JUSTICE should be developed in the souls. This is the pure spiritual perception of the rightfulness of the Universe.

You can also read a short, deep message about the Truth in the Roses of Ascension book, and by following the instructions in there, you can get closer and closer to your real Truth.

This article was written by Andrea Rozsas, based on the book The Cycle of the Year as a Path of Initiation by S. O. Prokofieff.

To be continued in the actual energies of December.

Monday, 30th November 8 pm CET / 7 PM GMT: Full moon,  79th ORganized LOvesending (ORLO) Free, can be done anywhere and by anybody. THE ENERGY OF THE FULL MOON IS REALLY POWERFUL, SWING IT TO THE RIGHT DIRECTION! Don’t miss this great opportunity! JOIN US! LOVE BRINGS BLESSING. Audio and details:https://rosesofascension.com/organised-lovesending/

RECOMMENDATION
FOR EXPANDING YOUR CONSCIOUSNESS:

ENERGY OF MOTHER EARTH
Energetic empowerment
(will be available soon in English!)

The endless and supporting energy of Mother Earth calms you, stabilizes you and makes you strong to be able to fulfil your tasks. It creates safe inside you.
Listen to the Hungarian version here (soon available in English!): https://www.youtube.com/watch?v=x2CxZHylUIg

THE SPIRITUAL IMPORTANCE OF THE CORONAVIRUS

THE CORONAVIRUS IN THE LIGHT OF ASCENSION
Global crisis

The Coronavirus is one of the most feared viruses of our time that can cause deadly diseases. It has no treatment available and it seems there won’t be one before June. So it can be understood that people are afraid. The World Health Organization, the WHO declared a global emergency because of this virus. This virus can shake the most powerful countries as well. Its origin is unknown. All we know is that the pneumonia epidemic caused by this virus appeared in China last December.

It seems very much frightening and it really is: incomprehensible, mysterious and scary if you look at it only from materialistic perspectives on the physical level.

Today in the process of Ascension spiritual conscious people live in a more expanded reality where reasons and meanings can be sought.

ASCENSION is the collective inner transformation process and considerable development of humankind. Ascension is love and knowledge and the action on the basis of them that guides you to a higher conscious life.

The lung is the wing of freedom from the point of view of Ascension. The disease of it is drawing our attention. Inflammation is fight and struggle repressed in your subconscious.
The disease of the lung means that freedom has been harmed. The inflammation of the lung is the inner fight caused by the loss of the freedom of thinking, perception and imagination, the painful struggle inside the individual.

It wasn’t by chance that this pneumonia epidemic started in China, in a country where people live not only in a physical but also a digital dictatorship. They are watched. Facial recognition systems are monitoring and analyzing every movement of people. The movements of every person even of children at schools. Is it scary? Yes, it is. Do people feel they are suffocating this way? Can they feel they can’t breathe? And if they can’t reveal this being afraid of punishment, all they can do is to supress this pain inside and lock it up in the subconscious. And what happens when the subconscious fills up? Its content will be projected outside and appear in the world to reveal itself as nothing can disappear.

When did we lose our boundaries?

In the process of Ascension consciousness is developing. Thinking must become conscious thinking.

This is what the lung rebels against shouting for freedom and revealing the loss of the freedom of thinking for mankind!